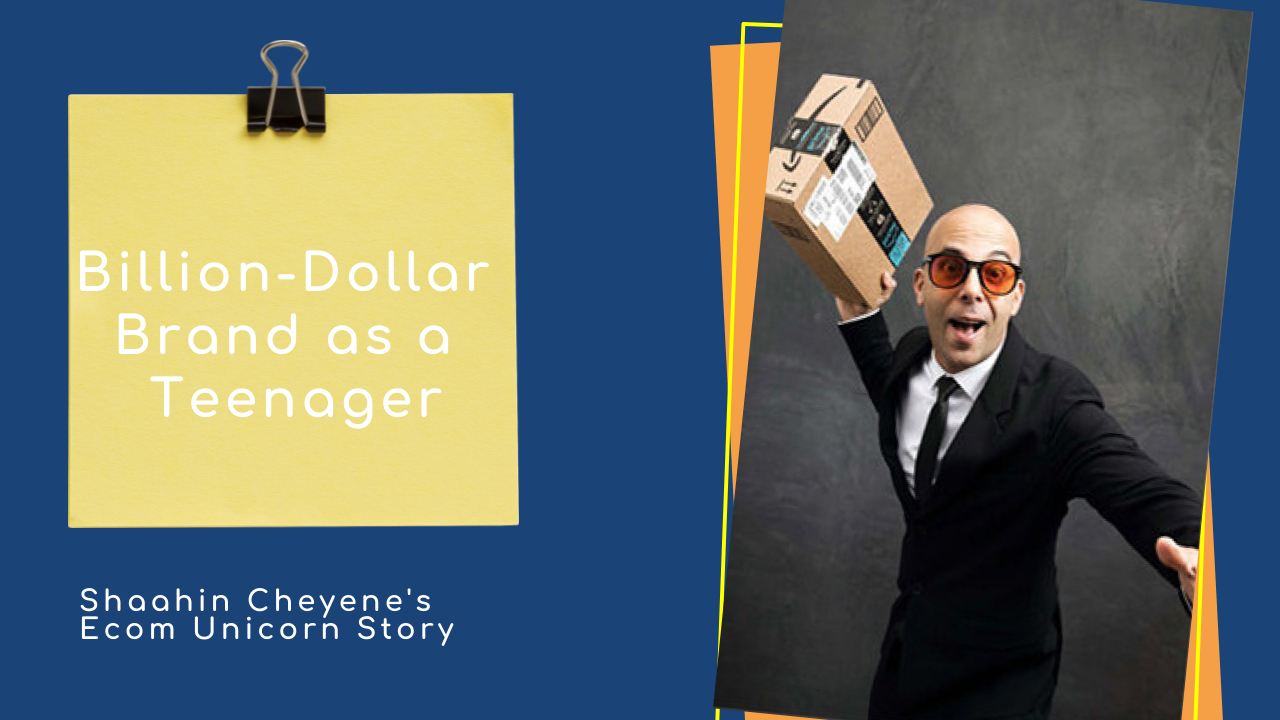 The 10 figure unicorn is a very rare company, even rarer as a teenager. But that’s exactly what Shaahin Cheyene accomplished before his 20th birthday!

And he did it before Facebook ads even existed.

His supplement brand touting a “legal but barely” supplement blew up across the US, going viral in mass media and exploding demand.

Now a grown man in his 40’s Shaahine has built multiple successful brands and is highly focused on the Amazon marketplace.

What lessons did he learn from his meteoric rise to a billion, and how does he implement them in his brands today?

And what was it like as a teenager making more money than the GDP of a small city?

Shaahin Cheyene Podcast and Website
Billion Podcast (about his story growing to a billion)
Hack And Grow Rich Podcast (About selling on Amazon)
www.shaahincheyene.com

BE THE FIRST TO KNOW ABOUT NEW PODCAST EPISODESWe won’t send you spam. Unsubscribe at any time.
25+ Exclusive Listener Discounts From Our 67+ Podcast GuestsGain instant access to more than 25 exclusive deals on Amazon FBA software, training, & tools to grow your e-commerce business. Direct from our podcast guests (majority are 7 or 8 figure Amazon Sellers themselves).